Here are 17 plant foods that contain a high amount of protein per serving. That said, certain plant foods contain significantly more protein than others. And higher-protein diets can promote muscle strength, satiety and weight loss.

Seitan is a popular protein source and it’s made from gluten, the main protein in wheat. Unlike many soy-based mock meats, it resembles the look and texture of meat when cooked.

Also known as wheat meat or wheat gluten, it contains about 25 grams of protein per 3.5 ounces (100 grams). This makes it the richest plant protein source on this list.

Seitan is also a good source of selenium and contains small amounts of iron, calcium and phosphorus.

You can find this meat alternative in the refrigerated section of most health food stores, or make your own version with vital wheat gluten using this recipe.

Seitan can be pan-fried, sautéed and even grilled. Therefore, it can be easily incorporated in a variety of recipes.

However, seitan should be avoided by people with celiac disease or gluten sensitivity.

Tofu, tempeh and edamame all originate from soybeans.

Soybeans are considered a whole source of protein. This means that they provide the body with all the essential amino acids it needs.

Edamame are immature soybeans with a sweet and slightly grassy taste. They need to be steamed or boiled prior to consumption and can be eaten on their own or added to soups and salads.

Tofu is made from bean curds pressed together in a process similar to cheesemaking. Tempeh is made by cooking and slightly fermenting mature soybeans prior to pressing them into a patty.

Tofu doesn’t have much taste, but easily absorbs the flavour of the ingredients it’s prepared with. Comparatively, tempeh has a characteristic nutty flavour.

Both tofu and tempeh can be used in a variety of recipes, ranging from burgers to soups and chilis.

Edamame are also rich in folate, vitamin K and fiber. Tempeh contains a good amount of probiotics, B vitamins and minerals such as magnesium and phosphorus.

At 18 grams of protein per cooked cup (240 ml), lentils are a great source of protein.

They can be used in a variety of dishes, ranging from fresh salads to hearty soups and spice-infused dahls.

Furthermore, the type of fiber found in lentils has been shown to feed the good bacteria in your colon, promoting a healthy gut. Lentils may also help reduce the risk of heart disease, diabetes, excess body weight and some types of cancer.

In addition, lentils are rich in folate, manganese and iron. They also contain a good amount of antioxidants and other health-promoting plant compounds.

4. Chickpeas and Most Varieties of Beans

Kidney, black, pinto and most other varieties of beans contain high amounts of protein per serving.

Chickpeas, also known as garbanzo beans, are another legume with a high protein content.

Add beans to your diet by making a tasty bowl of homemade chilli, or enjoy extra health benefits by sprinkling a dash of turmeric on roasted chickpeas.

Nutritional yeast is a deactivated strain of Saccharomyces cerevisiae yeast, sold commercially as a yellow powder or flakes.

It has a cheesy flavour, which makes it a popular ingredient in dishes like mashed potatoes and scrambled tofu.

Nutritional yeast can also be sprinkled on top of pasta dishes or even enjoyed as a savoury topping on popcorn.

This complete source of plant protein provides the body with 14 grams of protein and 7 grams of fiber per ounce (28 grams).

Fortified nutritional yeast is also an excellent source of zinc, magnesium, copper, manganese and all the B vitamins, including B12.

However, fortification is not universal and unfortified nutritional yeast should not be relied on as a source of vitamin B12.

Spelt is a type of wheat and contains gluten, whereas teff originates from an annual grass, which means it’s gluten-free.

Spelt and teff provide 10–11 grams of protein per cooked cup (240 ml), making them higher in protein than other ancient grains.

Both are excellent sources of various nutrients, including complex carbs, fiber, iron, magnesium, phosphorus and manganese. They also contain good amounts of B vitamins, zinc and selenium.

Spelt and teff are versatile alternatives to common grains, such as wheat and rice, and can be used in many recipes ranging from baked goods to polenta and risotto.

Hempseed comes from the Cannabis sativa plant, which is notorious for belonging to the same family as the marijuana plant.

But hempseed contains only trace amounts of THC, the compound that produces the marijuana-like drug effects.

Although not as well-known as other seeds, hempseed contains 10 grams of complete, easily digestible protein per ounce (28 grams). That’s 50% more than chia seeds and flaxseeds.

Interestingly, some studies indicate that the type of fats found in hempseed may help reduce inflammation, as well as diminish symptoms of PMS, menopause and certain skin diseases.

You can add hempseed to your diet by sprinkling some in your smoothie or morning muesli. It can also be used in homemade salad dressings or protein bars.

The little green peas often served as a side dish contain 9 grams of protein per cooked cup (240 ml), which is slightly more than a cup of milk.

What’s more, a serving of green peas covers more than 25% of your daily fiber, vitamin A, C, K, thiamine, folate and manganese requirements.

Green peas are also a good source of iron, magnesium, phosphorus, zinc, copper and several other B vitamins.

You can use peas in recipes such as pea and basil stuffed ravioli, thai-inspired pea soup or pea and avocado guacamole.

This blue-green algae is definitely a nutritional powerhouse.

Two tablespoons (30 ml) provide you with 8 grams of complete protein, in addition to covering 22% of your daily requirements of iron and thiamin and 42% of your daily copper needs.

Spirulina also contains decent amounts of magnesium, riboflavin, manganese, potassium and small amounts of most of the other nutrients your body needs, including essential fatty acids.

Phycocyanin, a natural pigment found in spirulina, appears to have powerful antioxidant, anti-inflammatory and anti-cancer properties.

Although often referred to as ancient or gluten-free grains, amaranth and quinoa don’t grow from grasses like other cereal grains do.

Nevertheless, they can be prepared or ground into flours similar to more commonly known grains.

Amaranth and quinoa provide 8–9 grams of protein per cooked cup (240 ml) and are complete sources of protein, which is rare among grains and pseudocereals.

11. Ezekiel Bread and Other Breads Made From Sprouted Grains

Ezekiel bread is made from organic, sprouted whole grains and legumes. These include wheat, millet, barley and spelt, as well as soybeans and lentils.

Two slices of Ezekiel bread contain approximately 8 grams of protein, which is slightly more than the average bread.

Sprouting also seems to increase the bread’s soluble fiber, folate, vitamin C, vitamin E and beta-carotene content. It may also slightly reduce the gluten content, which can enhance digestion in those sensitive to gluten.

Milk that’s made from soybeans and fortified with vitamins and minerals is a great alternative to cow’s milk.

Not only does it contain 7 grams of protein per cup (240 ml), but it’s also an excellent source of calcium, vitamin D and vitamin B12.

However, keep in mind that soy milk and soybeans do not naturally contain vitamin B12, so picking a fortified variety is recommended.

Soy milk is found in most supermarkets. It’s an incredibly versatile product that can be consumed on its own or in a variety of cooking and baking recipes.

It is a good idea to opt for unsweetened varieties to keep the amount of added sugars to a minimum.

Oats are an easy and delicious way to add protein to any diet.

Half a cup (120 ml) of dry oats provides you with approximately 6 grams of protein and 4 grams of fiber. This portion also contains good amounts of magnesium, zinc, phosphorus and folate.

Although oats are not considered a complete protein, they do contain higher-quality protein than other commonly consumed grains like rice and wheat.

You can use oats in a variety of recipes ranging from oatmeal to veggie burgers. They can also be ground into flour and used for baking.

Wild rice contains approximately 1.5 times as much protein as other long-grain rice varieties, including brown rice and basmati.

One cooked cup (240 ml) provides 7 grams of protein, in addition to a good amount of fiber, manganese, magnesium, copper, phosphorus and B vitamins.

Unlike white rice, wild rice is not stripped of its bran. This is great from a nutritional perspective, as bran contains fiber and plenty of vitamins and minerals.

However, this causes concerns about arsenic, which can accumulate in the bran of rice crops grown in polluted areas.

Arsenic is a toxic trace element that may give rise to various health problems, especially when ingested regularly for long periods of time.

Washing wild rice before cooking and using plenty of water to boil it may reduce the arsenic content by up to 57%.

Chia seeds are derived from the Salvia hispanica plant, which is native to Mexico and Guatemala.

At 6 grams of protein and 13 grams of fiber per 1.25 ounces (35 grams), chia seeds definitely deserve their spot on this list.

They’re also incredibly versatile. Chia seeds have a bland taste and are able to absorb water, turning into a gel-like substance. This makes them an easy addition to a variety of recipes, ranging from smoothies to baked goods and chia puddings.

16. Nuts, Nut Butters and Other Seeds

Nuts, seeds and their derived products are great sources of protein.

One ounce (28 grams) contains between 5–7 grams of protein, depending on the nut and seed variety.

Nuts and seeds are also great sources of fiber and healthy fats, in addition to iron, calcium, magnesium, selenium, phosphorus, vitamin E and certain B vitamins. They also contain antioxidants, among other beneficial plant compounds.

When choosing which nuts and seeds to buy, keep in mind that blanching and roasting may damage the nutrients in nuts. So reach for raw, unblanched versions whenever possible.

All fruits and vegetables contain protein, but the amounts are usually small.

However, some contain more than others.

Vegetables with the most protein include broccoli, spinach, asparagus, artichokes, potatoes, sweet potatoes and Brussels sprouts.

They contain about 4–5 grams of protein per cooked cup.

Although technically a grain, sweet corn is a common food that contains about as much protein as these high-protein vegetables.

Fresh fruits generally have a lower protein content than vegetables. Those containing the most include include guava, cherimoyas, mulberries, blackberries, nectarines and bananas, which have about 2–4 grams of protein per cup. 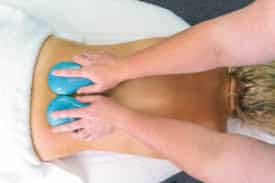 Magnesium is naturally present in a variety of foods, available as a supplement, and an ingredient in antacids and laxatives. The mineral plays an important Calcium is a mineral most often associated with healthy bones and teeth, although it also plays an important role in blood clotting, helping muscles to How to Engage Your Core

If you’ve ever worked out with a personal trainer or in a group fitness class, you’ve likely heard your trainer or instructor say something along The 5 biggest obstacles to losing weight

Losing weight is not only about eating less and exercising more. Those are less common reasons people give as to why they can’t lose weight. DON’T ALL FOODS SERVE A PURPOSE? To refuel our bodies and provide essential macro and micro nutrients!Well, not all foods are “made” equal, hot dog